What is Diabetic Retinopathy?

Your eye has a part called the Retina. It is the most important part of the eye and is the part on which your vision depends the most. In patients who have Diabetes, the blood vessels in the Retina get affected. Patients can develop swelling in the central part of the Retina called the Macula and in late stages even develop bleeding in the eye. These changes are called ‘Diabetic Retinopathy’

I have Diabetes, when should I get my eyes checked?

Ideally, the first time you are diagnosed with Diabetes, a baseline Retina evaluation should be done. This is because Diabetes might have been present for many years and not been detected. Then onwards, the follow up depends on which stage of Diabetic Retinopathy is present. However, in the best scenario also, an annual Retina check is mandatory.

What if my vision is affected because of Diabetic Retinopathy? What is the further line of treatment?

As part of treatment, good control of your Diabetes along with      Hypertension, Dyslipidemia if present is mandatory. The treatment depends on whether you have developed Macular edema or Vitreous hemorrhage or both. Treatment options include green laser, injections like Avastin/Lucentis/IVTA and sometimes even surgery.

Will my vision improve or always remain poor?

Vision does improve in most cases but it depends on various factors. It is difficult to generalize and it is best that you discuss with your doctor the visual prognosis in your case.

How often do I need to undergo laser/take injections?

I have bleeding in my eye, do I need to undergo surgery immediately?

No, most doctors do laser, wait for a period of a month and stabilization of your overall health before they plan surgery. However, there are certain situations where your doctor may advise surgery immediately. These are Macular tractional detachment or Combined Retinal detachment.

I have undergone surgery for bleeding, what precautions do I need to take?

Apart from the general precautions following any general surgery like

Follow the doctor’s instructions as far as the medicines are concerned.

Avoid putting water into your eyes

Avoid using soiled hand kerchief or any cloth around the eyes

Avoid areas where there is dust

Use dark glasses outside the house for at least 10 days.

You may have to adopt certain positions if gas or oil has been used by the doctor during surgery. Also, you have to keep a strict control of Blood Sugar, Cholesterol and Blood pressure. 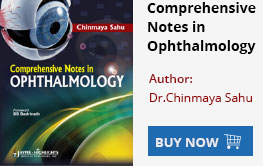